In memory of Prof. James K. Kimani, a founder and first Secretary-General of the Society of Neuroscientists of Africa (SONA), a memorial lecture is sponsored during each SONA international conference.

The James Kimani Lecture was awarded to Dr. Lihle Qulu. 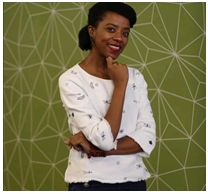 “The Neuroscience of Sexual Violence: A Translational Approach”

South Africa has been named the “rape capital of the world” with 114 rape cases reported daily between 2018-2019. Sexual violence against women is a major international public health problem and a violation of women’s human rights. There is a dearth of studies which have explored the physiology of the perpetrator of sexual assault.

We used a four-day sexual defeat protocol. Social isolation was used to dysregulate the HPA-axis and induce aggressive behaviour in Sprague-Dawley male rats. After this the resident-intruder test was used to assess aggressive behaviour. These males were then exposed to females in oestrus, and upon an intromission the female in oestrus was removed and replaced with a female not in oestrus. A social dominance tube test was used to assess social deficits in the male rats, while the forced swim test was performed on the females to assess depressive-like behaviour. Systemic concentrations of corticosterone and OXT in male rats, and systemic corticosterone in female rats were measured. Our findings showed that social isolation resulted in increased sexual aggression towards females which also culminated in increased aggression towards male intruders and social deficits. These findings were accompanied by high OXT levels observed in the group-housed males in comparison to the isolated sexual defeating males. Female rats showed depressive-like behaviour and increased systemic corticosterone levels. Furthermore, a research qualitative approach on convicted rapists (Westville prison) was employed. Our findings show that early life exposure to abuse was the most common experience in the lives of the convicted rapist. 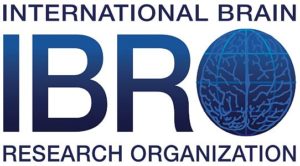 FENS provides support in the form of travel grants of upto €1000 each for FENS members.
Click here for more information.